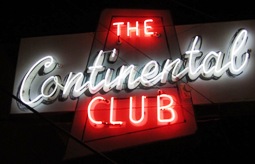 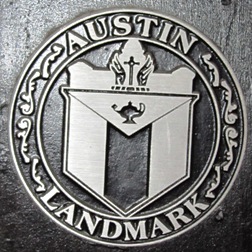 BM: Your first record „Welcome To Eleve Hundred Springs, Population 4“ came out in 1999. How in your mind has the music business changed since then?
MH: Tons. Let me put it this way. We first made a six-song Cassette Tape that we sold for $5 at every show. That tells you how much it has changed. Digital music has taken over the entire market, making it somewhat easier for artists and somewhat more complex at the same time. Promoting your music is easier than ever. Today, everybody can make CDs. We still go into an actual studio and record our material. Many new artists just sit in their home office and record their songs with today’s generally available technology. But it’s also more difficult to track the money flow, because if people can easily listen to your music, they can probably download it as easy. Overall I think it’s harder to be a musician these days and make your living. 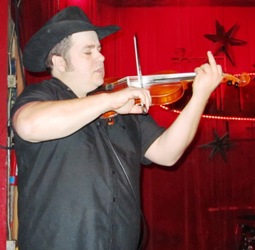 BM: But despite this development, you guys seem to stay quite busy. How many gigs are you doing in an average year?
MH: I’d say anywhere between 120 to 140, which is a good amount, even though it’s less than what we used to do. We’re very lucky to have a loyal fan base that 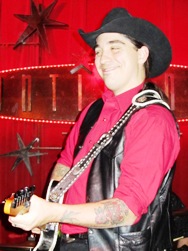 supports our music and comes to our shows. Also lots of radio stations like to play our songs.

BM: You have quite an unusual band name compared to your earlier name being Lone Star Trio. How did that come up?
MH: We were having a regular show where we played for a percentage of the bar, free burgers and free beer. The first few weeks we didn’t know what we should call ourselves. So when driving to a show one night, we were throwing names around, most of them got immediate comments like “that sounds stupid” or “no way”. So I said: “What about Eleven Hundred Springs” (ed.: Since 1961, “From the Country of 1100 Springs” is the slogan of San Antonio based Pearl Beer, a brewery founded in 1889). There was a moment of silence after I said that – a good sign. So we had our name.

BM: Following your history, you and Steve Berg are the only original members. There were many changes in several years since. How do you decide on song material to record? Is it a group process or just you and Steve deciding?
MH: We used to have a joint process but these days Steve and I are pretty much deciding. We also do the day-to-day stuff for the band. 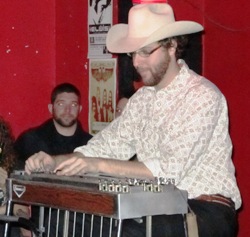 BM: Are you recording with session musicians or with your band?
MH: Always with our guys but we do of course have guests every now and then on our records. We want our recordings to reflect what people actually hear when they 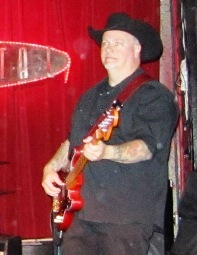 come see us. The talent and time of our band members is extremely valuable to us, so we do want them on our records, too.

BM: What would y'all professions be if you weren’t musicians?
MH: I can’t really tell you for myself because I started as a professional musician at the age of twelve. If I have to take a logical guess, it would probably be something in the field of Education, because that’s what my family background is. As to Steve, he’s a man of many talents. He could work at an auto shop, even though I don’t think he likes to do that because he’s done it in the past (laughs). He could manage any business. He is also into selling antiques, he has a good eye for what to buy and how it would sell. He’s got his own website oldstuffandoddities.com, where he promotes his goods.

BM: Where do you see yourself as a band in ten years from now?
MH: Oh Jesus, we didn’t even think to be around for that long when we started, so it’s kind of hard for me to wrap my head around where we would be in another ten years from now. I look at guys like Asleep At The Wheel, who’ve been around so long, that’s kind of what I imagine. I also would like to write more of my songs for other artists. It would be nice to have such a long standing career in music. 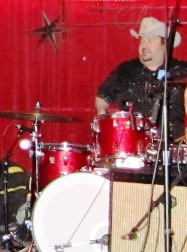 BM: It would be great to see this, because with some of the legends passing away, it’s hard to imagine who’s gonna fill their shoes if you look at today’s mainstream market. 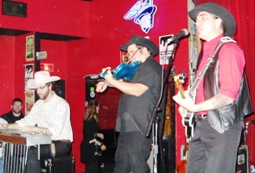 MH: I think as long as there’s a beer joint in Texas, there will always be some great Country Music being played. You just need to go and look around.

BM: What offer would it take for you to quit your current style and go more into the commercial mainstream field?
MH: I don’t think that I could do it. I probably could write songs like that for other people. But as far as playing goes, we tried a few things but it never sounded authentic. You got something inside, that kind of makes you who you are. I don’t see music as an accessory, it comes from the heart.

BM: You played with many great artists. Is there still one you’d like to share the stage with?
MH: Merle Haggard, he’s on top of my list. He’s such a true artist, a great singer, player and songwriter.

BM: Your Christmas single "Orale Santa Claus" features the Tejas Brothers. Any plans to do more together?
MH: We’ve been threatening to make a record with these guys forever. We’d love to do it. Don’t know yet what it will be but it would be really cool to do some sort of collaboration with them. Also it would be great to do something with Billy Joe Shaver, we have that in mind for quite a while. 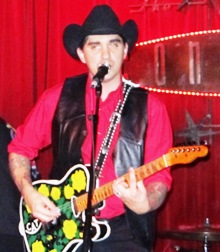 BM: If you would be banned on a lonesome island, what three things would you take with you? 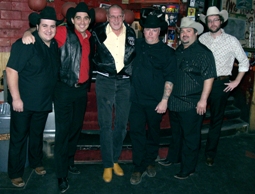 MH: My guitar….wait..., things or people?
BM: Doesn’t matter.
MH: My family, definitely my family. And my music collection.

BM: If you were to interview yourself, which question would you ask that I did not?
MH: (laughs) Great question. You know, there’s so many interviews we do and usually you can reply from your memory. You didn’t really ask any of this stuff. I have to think, maybe what’s your favorite food or your favorite movie? If I would interview myself I’d maybe ask something more meaningful, but in just a conversation I’d probably ask me that.
BM: And the answer?
MH: I like Italian food, also like to cook it. And I like a really good steak. Steve would probably like some Asian food.  As for the movies, I really liked Inception (ed. with Leonardo DiCaprio, 2010). It gives you something to think about at the end of the movie.

BM: Thank you very much for the interview.